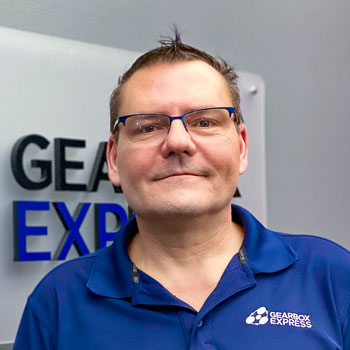 Bruce’s experience in the power transmission field began in 1992 at Weasler Engineering after completing his Bachelor of Science degree in Agricultural Business from the University of Central Missouri, Warrensburg, MO.  Before co-founding Gearbox Express in 2010, he held leadership positions throughout the industry including Vice President of Sales for Broadwind Energy, Managing Director of Hansen Transmissions North America, Business Unit Manager for Rexnord Conveying Equipment and at the Falk Corporation.

Bruce attributes his success to the ability to make smart decisions, to focus on and listen to a customer’s needs, and to consistently exceeding expectations.

He and his wife and daughter live in Delafield, WI, where he enjoys boating and snowmobiling. 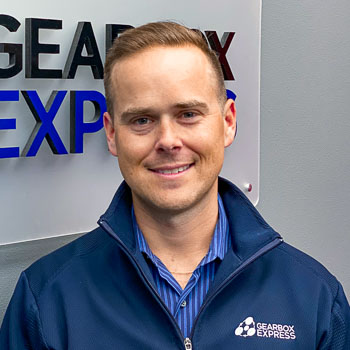 Brian began his career at the Timken Corp upon graduating from the University of Toledo in 2002 with a mechanical engineering degree.  As he worked through positions in engineering, sales, and product management, he was given opportunities to travel globally and discovered his true passion – business development.  In 2009, he departed Timken for Brad Foote Gear Works where he gained a significant appreciation for high quality and customer service.  In 2010, he and Bruce Neumiller co-founded Gearbox Express.  Its investors challenged him to expand his business development ability into the world of finance, and he has worn the hat of CFO since.

Brian attributes his success to his inherited patience, ability to listen, and bring people together to solve complex problems.

He and his wife live in Delafield, WI and do their best to raise four boys.  He has no hobbies. 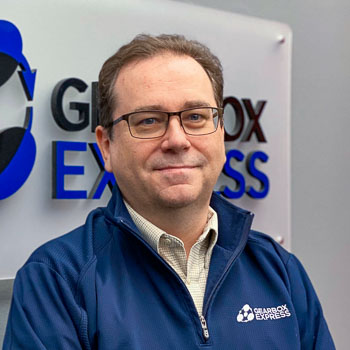 After studying computer science at the University of Akron and a three-year stint at running his own independent IT consulting company, Rick began a 24-year career at The Timken Co, a leading global manufacturer of bearings and industrial products.  During that time, he held positions in sales, information technology and business development for the company’s condition monitoring systems business.  Brooks also previously managed Timken’s field reliability services in the United States and is a Certified Maintenance and Reliability Professional.

Rick joined Gearbox Express in 2019, bringing a wealth of sales and business knowledge and a broad understanding of the wind market and customers. 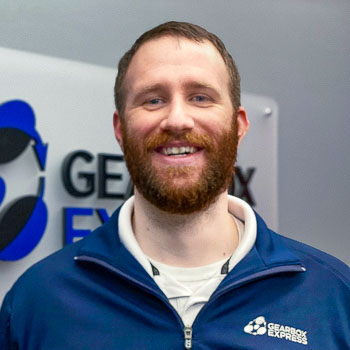 Eric joined Gearbox Express in January, 2015, where he started as a Finance Assistant, which was his first exposure to the Wind Industry. He obtained his Bachelor’s in Business Administration with a major in Accounting from UW-Whitewater in Spring 2012 and has experience in legal and non-profit industries prior to Gearbox Express. Eric was promoted to Controller in Fall of 2017 when he became responsible for oversight of the Finance team, which consists of A/P, A/R, Financial Reporting, Inventory and Warehouse management.

Eric attributes his success to his work ethic, life experiences, and his willingness to always lend a helping hand.

He, his wife, and their two boys live in Waukesha, WI. His hobbies consist of anything sports-related, specifically Packers, Bucks and Brewers, and traveling at any presented opportunity. 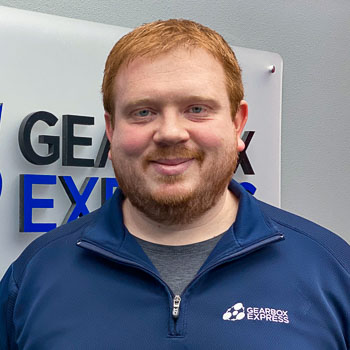 Greg started his career by graduating from Pennsylvania State University’s Behrend College with a Bachelor of Science degree in Mechanical Engineering in 2009. He then spent over 3 years as a Mechanical Engineer at Belleville International. Here he learned the importance of working with customer needs and developing solutions that best fit their applications. Greg then moved to Eickhoff Corporation, in which his wind career started. There he learned how gearboxes for wind turbines are designed to operate in these applications and worked hard on developing knowledge on failures and their causes and prevention methods. He was in charge of field service operations, so, therefore, was able to continue working closely with customers. Greg continued his wind career by joining Gearbox Express in early 2016. Here he has continued to expand his knowledge of failure analysis, customer relations and solutions they need, and continual improvements in the design and functionality of wind turbine gearboxes.

He, his wife, and their daughter live in Cranberry Twp, PA.